There's just a few days left to donate effectively and receive a receipt for 2022! View giving deadlines by payment method, and give today. The urge to help

We have been hearing from people seeking ways to donate to support Ukrainians during the current humanitarian crisis. We want to share a few thoughts:

Articles that explore how to donate effectively for Ukrainians

If you’re curious to explore perspectives about how to effectively help Ukrainians through donating, we recommend the following articles:

We have translated and posted a piece below by a German high-impact giving organization, Effektiv Spenden. We feel this piece elegantly articulates a perspective that resonates with us.

This article originally appeared on effektiv-spenden.org as Spenden für die Ukraine!? and has been translated into English below.

In recent days, we have received numerous calls and emails asking how best to donate to the people of Ukraine.

Unfortunately, from our point of view, there is no easy answer to this. At effektiv-spenden.org, we focus entirely on recommending only those organizations that have been evaluated on a scientific basis and whose outstanding cost-effectiveness has been independently confirmed – also compared to other aid agencies. Of course, we do not have enough data and studies for acute disasters such as the current war in Ukraine to make a corresponding recommendation. In fact, there is even clear evidence that donations for globally noticed disasters with enormous media attention have less effect than donations for people who suffer largely unnoticed by the world public.

We also consider the attempt to provide assistance with donations in kind to be challenging. When it comes to helping people who have fled the war in Ukraine in Poland, Slovakia, Hungary or Romania, it often makes more sense to simply support them directly with money. This is at least suggested by experience from disaster relief or in dealing with other refugee crises.

On the one hand, it is almost always impossible for outsiders to put together exactly the combination of material and relief supplies, which is actually particularly urgently needed on site at the time of delivery. On the other hand, it is often more expensive to get everyday equipment from Germany instead of purchasing it regionally – especially if you take transport costs into account.

It becomes even more demanding when it comes to donations in kind for the people of Ukraine itself. Of course, there is a lot that is really urgently needed there; and the demand is growing every day. But at the same time, logistical difficulties are also growing every day. In this situation, it is therefore particularly important to make the best possible use of the few remaining transport capacities. Therefore, we recommend: When it comes to donations in kind, it is essential to work with professional and experienced aid organizations with excellent local knowledge, which ideally already worked in Ukraine before the outbreak of the war. If such organizations do not (anymore) accept donations in kind, one should respect this decision – and think about what we consider in most cases anyway better alternative: rather sell the things you can give away – and then donate the proceeds.

At the latest, however, the initial question arises again: to whom? Even if we want to point out that every euro donated could probably still do more in other places in the world (and “anticyclical donations” could pay off, so to speak): We of course understand the impulse to help the people of Ukraine NOW and also to send a personal signal. We cannot calculate an exact effect: But among the more than 100,000 people who demonstrated against the war in Berlin last weekend, there were also several members of the Effektiv donation team. And if it is to be a monetary donation for humanitarian aid for similar reasons – even without proof of maximum effectiveness – in this depressing situation, we would probably most likely donate to organizations with many years of experience in war and crisis areas. For example, to the Red Cross or Doctors Without Borders. In both cases, however, we would strongly recommend that the donation should not be earmarked in any way. Only then will the organizations have the chance to use the money outside Ukraine – if they no longer see any possibility of making a meaningful effect in this war zone.

If you are willing to waive a donation receipt and follow a donation recommendation that we also speculate and involve great uncertainty, this suggestion from a Russian member of the community of effective altruism is recommended. The aim is to increase the pressure on the Putin regime by educating the people of Russia to end the war as soon as possible by donating here to the independent Russian-language Internet newspaper Meduza or by engaging in the human rights media project OVD-Info.

From our point of view, however, it would make even more sense to proceed according to the saying “Prevention is better than cure”. It does not seem implausible that it is more cost-effective to invest in the prevention of wars than to alleviate their consequences. Our partner organization Founders Pledge recently examined which approaches could be promising for this – and in its report Great Power Conflict recommended, among other things, to donate to the Stockholm International Peace Research Institute. 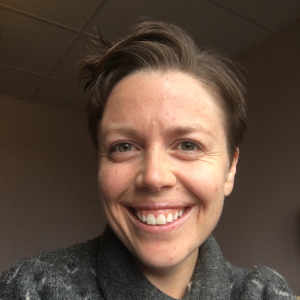 Megan lives in British Columbia and communicates for Rethink Charity's projects, including RC Forward. She likes trail running more than she dislikes it, and is interested in travel, copyediting, and effective altruism.

There’s still time to donate and receive a receipt for 2022, give today

Many of us take action on our annual giving goals in December. This month is a busy and very inspiring time for our team, as Our latest newsletter covers 3 updates: Team changes at RC Forward Key links to navigate RC Forward Giving What We Can in Canada If you Giving What We Can in Canada

Giving What We Can is an international community of effective givers who are on a mission to make giving effectively and significantly a cultural norm.